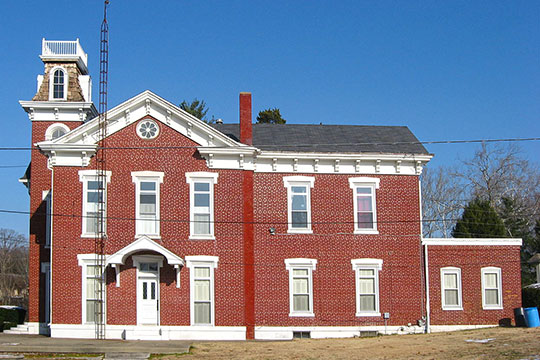 The first settlers arrived in Lawrence County in 1810. In 1818 the county was organized and named for Captain James Lawrence, a naval hero. The first county seat, Palestine, was created in 1818 along the East Fork of the White River. A series of epidemics occurred in the growing town, provoking the decision to move the county seat away from the river. Approximately five miles north of Palestine, the Town of Bedford was platted and named the county seat in 1825.