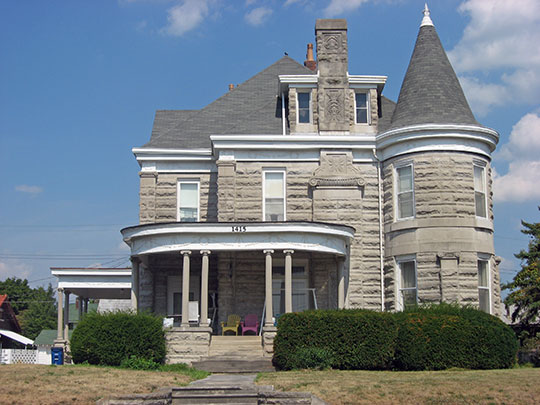 The Town of Bedford was platted and named the county seat in 1825. It was named in honor of Bedford, Tennessee. Dr. Winthrope Foote relocated in Bedford when the people began to abandon Palestine. Historians believe that Foote was the first person to realize the value of the abundant limestone found throughout much of Lawrence County. The stone, known by several names including Bedford, Salem, or Oolitic stone was initially used for foundations and window sills. The stone became popular as a building product just after the Great Chicago Fire of 1871. The few buildings left after the fire were made of limestone. Famous buildings constructed out of Bedford limestone include the Biltmore Mansion (North Carolina), the Empire State Building (New York), the Tribune Tower (Chicago), the Pentagon and the National Cathedral (Washington DC). The wide use of limestone brought wealth to the community of Bedford, fostering its growth.

Bedford is also unique due to the number of astronauts the city and Lawrence County has produced. Virgil Grissom was chosen in 1959 to become one of the original seven Mercury astronauts. Grissom was named commander to the first manned flight test of the Apollo capsule but perished in a fire during a launch pad test in 1967. Charles Walker participated in training NASA astronaut crews in the operation of the CFES payload on multiple shuttle flights during 1982 and 1983. Walker also worked as a crew member on three shuttle missions, spending a total of 20 days in space and traveling 8.2 million miles. Kenneth Bowersox worked on the shuttle mission to repair the Hubble Space Telescope requiring a record five space walks.