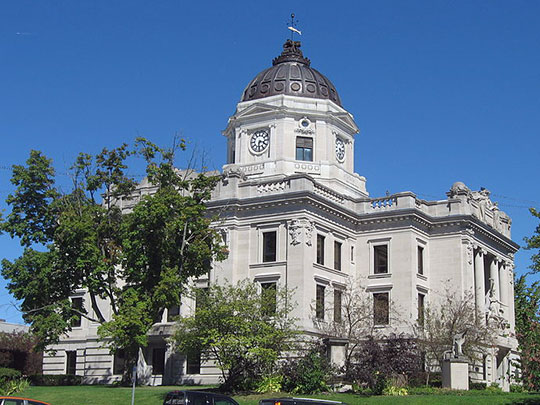 The territory that would become Monroe County was on the boundary between the land of the Delawares and that of the Piankeshaws and Pecankeeshaws, so that it was the home and hunting ground of these three tribes as well as of the Miamis.

The territory was not obtained from the Indians wholly at one time from various treaties, and the county was organized before the last treaty was signed. In the southern portion, William Harris and Arthur Henrie surveyed the county lands in the autumn of 1812. In the north a survey was done by Thomas Brown and J. Hedges in 1819.