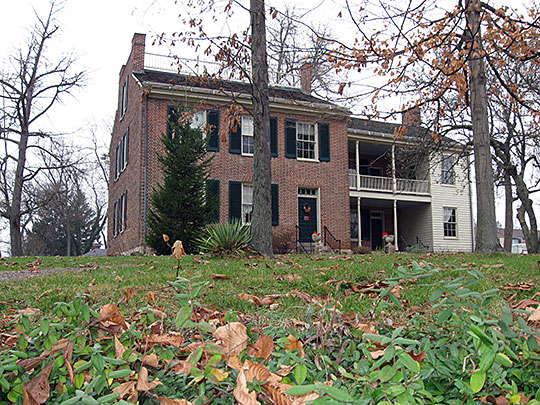 Upon the establishment of Monroe County in 1818, Bloomington was immediately laid off and lots were offered for sale at public auction.

First incorporated as the Town of Bloomington in 1828 and re-incorporated in 1859. In 1866 petitions were begun to incorporate the town as a city.

In 1830 Bloomington's population surpassed 700. At that time the "Indiana College" had a large attendance, and excellent corps of instructors and a superior curriculum. There were numerous factories of leather, liquor, domestic and farming implements, flour, tailor goods, and oil. There were many shops, offices, mechanics, artisans, tradesmen, educators, professional men and speculators. It was a prosperous place.