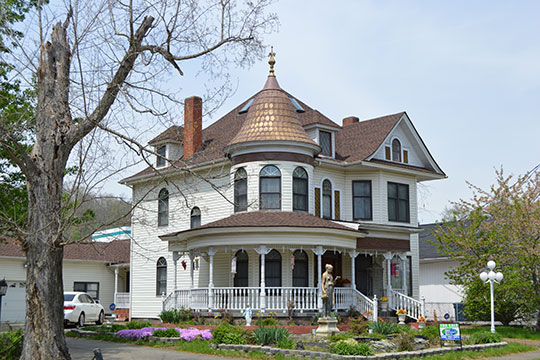 Although the first settlement in present day Johnson County dates from the 1780s, the area did not have sufficient population to qualify as a county until 1843. Paintsville was incorporated in 1834 and became the county seat when Johnson County was formed in 1844. The county seat's population was 200 in 1860 when the county numbered 5,306 of which only 46 were black. Only one building in the county remains from the pre-Civil War years. Outside Paintsville, in the rural areas of the county, a number of post Civil War traditional form buildings have survived. As a group, they provide a clear picture of traditional domestic architecture and how traditional architectural forms could accommodate the use of new building materials.