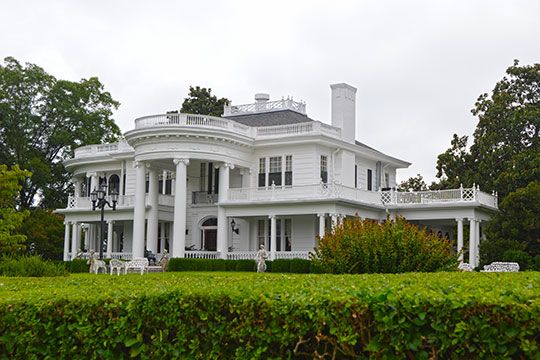 Williamsburg became a town about the same time as Whitley County was formed in 1818. The land was donated for the courthouse by Samuel Cox. At the same time, he offered lots for sale for the formation of the town. The lots were laid out by Col. Gillis, a surveyor. Williamsburg was first known as "Cox's Crossing." At this time a ferry was being used to cross the Cumberland River and was owned and operated by Samuel Cox. The site for the town was probably selected because of the three fresh water springs nearby which furnished an abundance of good drinking water for the entire Williamsburg settlement.

The town was once called Whitley Courthouse and its first postmaster was James H. Early. He was chosen on July 16, 1829. It was called this by the Post Office Department until about 1870-71.

The first school in Williamsburg was located in the ballroom of the Samuel Cox home and was held there until 1869. The Cox home was situated near where the Whitley County Judicial Center is now located, on Main Street.

For more than 50 years the new township remained a backward, awkward, and virtually inaccessible area of less than fifty families, but circa 1880 the town began to change. Beneath the feet and over the heads of the people of Williamsburg existed a treasure of unexpected importance to feed the insatiable greed of the Northeast: coal and timber.

In 1882, the L & N was to Livingston. On July 1, 1882, the track reached the north bank of the Cumberland River. Within weeks, the coal and timber of Williamsburg was headed north and the money, affluence, and culture of the north was headed south. Williamsburg and Whitley County were aroused from lethargy after the Lebanon-Knoxville branch of the Louisville and Nashville Railroad was completed to Jellico, Tennessee, and the Southern Railway Company had completed its branch from Knoxville to Jellico in 1883.

With the advent of the railroad, industry began to flourish in Williamsburg and Whitley County. The Kentucky Lumber Company was established, and built a large sawmill and planning mill near the confluence of Briar Creek and Cumberland River. The Jones Lumber Company was established at the point where Watts Creek flows into Cumberland River. The Phares Lumber Company of Philadelphia built a saw mill in Williamsburg. A company from Brooklyn, New York, built a stave factory and a copper shop in Williamsburg. The building of the railroad, saw mills, stave mills and copper shop caused a great influx of people, and the town and county began a period of rapid growth.

On December 8, 1886, the first promise of city government took place. "The free male inhabitants of said town above the age of twenty-one years" were allowed to vote in Williamsburg's first election. A board of trustees (a forerunner of today's city council) was elected and W. H. Parker was elected to serve as the first "Chairman" of Williamsburg.

It was also during this time that the newly established Congregational Church began to become the object of opposition and dissent. Formed in 1878, the church was of a predominantly northern and liberal nature and their stands on black rights and the scriptures did not settle well in the town. On October 30, 1885, the Mount Zion Association on Baptist was formed. They referred to the teaching of the Congregationalists as "foreign" and urged the community to form Baptist schools to compete with the established Congregationalist schools in Whitley County and Williamsburg.

Downtown Williamsburg is an important asset to the city for its history, charm, as a center of governmental activities. It will never serve again as the dominant retail center of the city and must reframe itself in a different form, such as preserving the historical, enhancing the cultural and developing the professional areas inherent to our downtown area. Downtown Williamsburg being the County Seat of Whitley County affords additional opportunities for growth due to the new judicial center. Although the City of Williamsburg has continued to grow and prosper over these last 190 years, it still maintains its rich history and prosperity and flourishes with light industry, education, banking, and tourism.