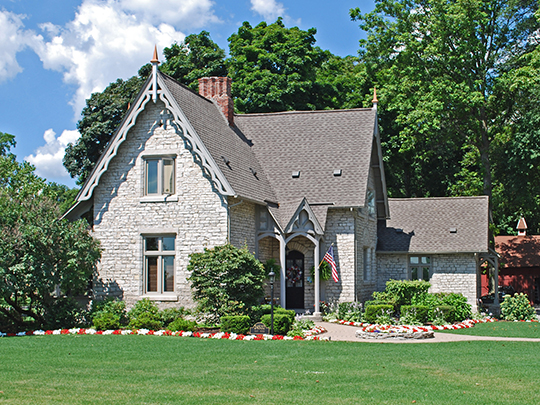 Virginia, in 1778, erected all of the Northwest Territory into a county called Illinois. Subsequently, and before the surrender by the British, by proclamation of Lieutenant-Governor Simcoe, on July 16, 1792, all of what is now Michigan, with other territory extending northward as far as Hudson's Bay, was included in the county of Kent. Under American government the county of Wayne, the third organized in the Northwest Territory, was established by proclamation on August 15, 1796, by Winthrop Sargent, secretary of the Territory, and acting governor.

The boundaries of the county, as defined by Sargent, were as follows: "Beginning at the mouth of the Cuyahoga River, upon Lake Erie, and with the said river to the portage between it and the Tuscarawa branch of the Muskingurn, thence down the said branch to the forks, at the carrying place above Fort Lawrance, thence by a west line to the eastern boundary of Hamilton County (which is a due north line from the lower Shawnese Town, upon the Sciota River), thence by a line west-northerly to the southern part of the portage, between the Miamis of the Ohio and the St. Mary's River, thence by a line also west-northerly to the southwestern part of the portage, between the Wabash and the Miamis of Lake Erie, where Fort Wayne now stands, thence by a line west-northerly to the most southern part of Lake Michigan, thence along the western shores of the same to the northwest part thereof (including the lands lying upon the streams emptying into the said lake), thence by a due north line to the territorial boundary in Lake Superior, and with the said boundary through Lakes Huron, St. Clair, and Erie, to the mouth of the Cuyahoga River, the place of beginning."

The creation of the Indiana Territory (1800) reduced the limits of the county about one half. The boundary was again adjusted when Ohio was created (1802). the creation of the Territory of Michigan in 1805 changed the western boundary of the county, again reducing its size. The present county limits were ultimately established in the period 1822-1826 as various other Michigan Counties were being organized around it.