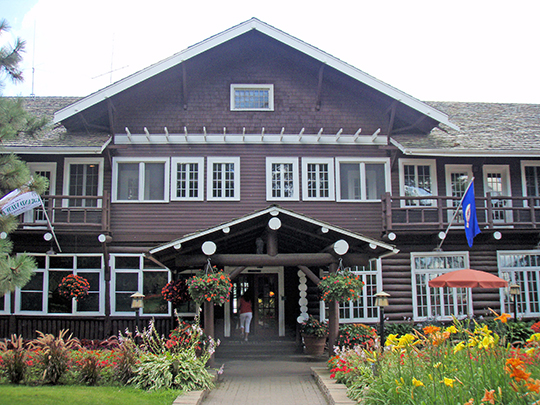 Crow Wing County was established on May 23, 1857 and organized March 3, 1870. The county is named for the Crow Wing River. Early French explorers noted that where the Crow Wing River joins the Mississippi River was an island in the shape of a crow's wing, thus the French term riviere a Aile de Corbeau, River of the Wing of the Raven. The area was a center for Indian trading for all the upper country. Some of the original doorknobs located within the Historic Courthouse have a design that includes a raven.

The original courthouse, built in 1872, was located on 4th Street to the north of Washington Street and later became an apartment house. The current Crow Wing County Historic Courthouse building was erected in 1919-1920.