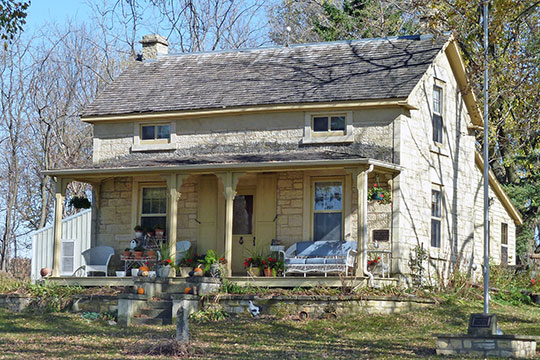 The City of Mantorville is located in the Zumbro River Valley in east central Dodge County. The community's history dates back to 1854 when Peter and Riley Mantor and E.P. Waterman settled in the area. Soon after, they were joined by John Shober, who established the first store in the community and John Hubbell, who constructed what is said to be the first hotel in the State of Minnesota. [1]

Mantorville has been the seat of government of Dodge County since the first meeting of the first board of county commissioners on August 4, 1855. In 1856 the Legislature officially located the county seat there, but provided that the question of a permanent location should be submitted to the voters. The voters, in the fall of 1857, declared against a proposition to remove the county seat to Sacramento, a village platted in the fall of 1855 on the Zumbro River on the west edge of the present Mantorville Township. In 1859, by a vote of 415 for and 617 against, the voters blocked an attempted removal of the county seat to Wasioja. [2]