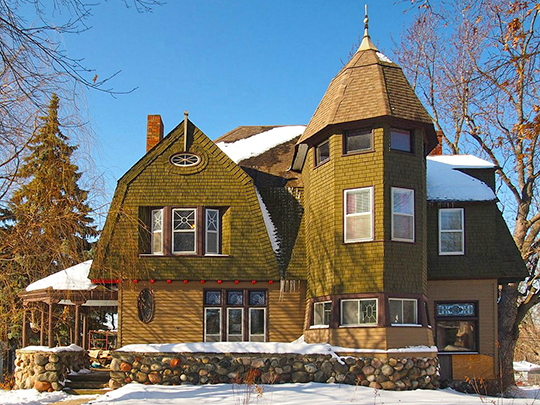 The Mississippi River and its dramatic bluffs drew the earliest settlers to the area and remain the strongest definers of Saint Paul as a place. Diminishing heavy industry and years of progress in cleaning up the river have created new opportunities for enhancement of the setting, improvement of environmental quality, and access to the area's strong natural features. A return to the river is an opportunity to strengthen quality of place at the heart of Saint Paul and, with connections and extensions along the tributaries, throughout all of Saint Paul.

One of Saint Paul's strengths is its traditional neighborhood fabric, made up of the strong and diverse communities within its borders. Our neighborhoods offer housing opportunities that are affordable and attractive to people within a very broad income range.

Saint Paul is a city of strong, well-known neighborhoods, each with its own character and community organizations. It has been a long-standing city policy to maintain and enhance the unique character of those neighborhoods. The "Traditional Neighborhood Design" and "New Urbanism" movements represent recognition of the value of Saint Paul's neighborhoods in contrast to typical suburban development. New Urbanist practices provide some direction for maintaining and enhancing the strengths of our existing neighborhoods.

Downtown Saint Paul fulfills many roles. It is an important regional office center and home base for major corporations, a civic/government center for the State of Minnesota and the Twin Cities metropolitan region, a civic center for the east metro region and the city, an entertainment and cultural center of significance to the state, and a distinctive urban residential neighborhood.

The City of Saint Paul has more than 100 listings on the National Register of Historic Places. Of these, 7 are historic districts and include: the Hill District (Pleasant, Grand and Marshall Avenues), Irvine Park (West 7th, Walnut and Sherman), West Summit Avenue (between Lexington Parkway and Mississippi River Boulevard), and Woodland Park (Marshall and Selby Avenues, Arundel and Dale Streets).