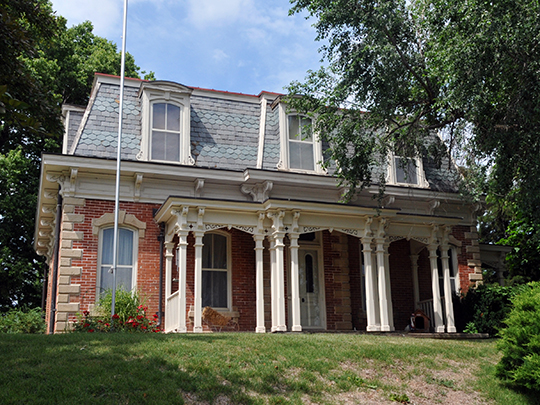 This tiny city (population about 1,400), the seat of government of Atchison County MO, hit the record books in April 2008 by being reported as the first town in the U.S. to have its entire electricity needs supplied by a wind farm. It is anticipated that there will even be an excess capacity which will be sold to a regional public utility.

Rockport ... was platted in the spring of 1851 as the seat of Atchison County to succeed Linden, some five miles to the north. Among the early residents of the county were a group of Germans who came from St. Louis in 1845 under the leadership of Harmon Schubert to establish a socialist community near present-day Rockport. Disaster accompanied the first crop, however, for the mill leased by the settlers was washed away by high water. Soon afterward the colony disbanded.