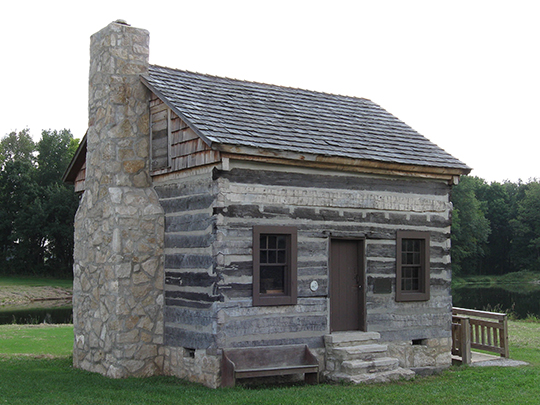 The town of Columbia was established in the spring of 1821 by the Smithton Land Company, a group of investors who had settled the town of Smithton two years earlier, at a location approximately 1/2 mile west of Columbia's present downtown area. When it was determined that a suitable water supply was lacking in Smithton, the land company relocated their settlement, crude log buildings and all, to the present location, and renamed it Columbia. The gridiron plan of nearly four hundred lots which was recorded in the first plat of Columbia had originally been laid out for Smithton, and was simply shifted with the move. The Smithton Land Company, which later became the Columbia Land Company, held thousands of acres in the Boone county area, and to insure the success of their new endeavor, they donated a generous amount of land to the city for streets and public squares, and also set aside land for a future state University. Their efforts were rewarded when Columbia was declared the county seat on September 3, 1821, an event which greatly stabilized the area economy.