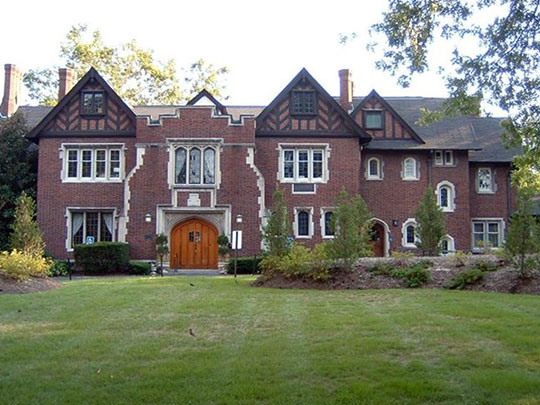 Since it was first established, Clayton has been a center for government and business in the St. Louis area. Downtown Clayton was originally defined by the 1877 construction of a new county courthouse. As the town had few residents at that time, local businesses initially catered to the courthouse traffic that arrived from all over St. Louis County. Clayton was formally incorporated in 1913 and soon became a favorite relocation destination for a number of prominent St. Louisians who chose to escape the crowded city for the relative quiet of the surrounding area. This movement had a profound effect on Clayton, doubling its population and tripling its property values during the 1920s. The historic Hanley House, listed on the National Register, is one of the last remnants of this time period and the oldest building in Clayton.

Clayton was somewhat sheltered from the Great Depression that followed, and found itself in the midst of another boom following World War II. This spurt of post-war growth greatly influenced the look and feel of today's Downtown. In 1952, the central business district was rezoned to allow for retail and commercial expansion and in 1957 height limits on new buildings were abolished altogether. Clayton's first office towers opened in the early 1960s and were immediately popular, many fully leased before construction even finished.

While Clayton remains a prime location for corporations in St. Louis County and a substantial upscale residential community, the Downtown has lost much of the retail base which had defined Clayton as a major hub of St. Louis County in the 1980s. Today, with a substantial employment base, a proximate concentration of residential neighborhoods and excellent infrastructure including highway access and light rail, Clayton has the potential to create a truly vibrant pedestrian-oriented environment that will allow it to regain the retail base it has lost in the past couple decades to the surrounding suburbs and single-use malls. The identification of retail opportunities, the creation of a downtown vision and the development of strategies for implementation have the potential to renew the core of Downtown Clayton.