Photo: Cupola House (the Governor Eden House), ca. 1758, 408 South Broad Street, Edenton, NC. Numerals applied to a gable finial give a date of 1758. It is believed that it was actually erected ca. 1715. Francis Corbin, who purchased the place in 1758, was the land agent for Lord Granville, Lord Proprietor who owned one-half of the Province of North Carolina at that time. Listed on the National Register if Historic Places in 1970. Photographed by Thomas T. Waterman, 1939, Historic American Buildings Survey [HABS NC-2], memory.loc.gov, accessed September, 2014. 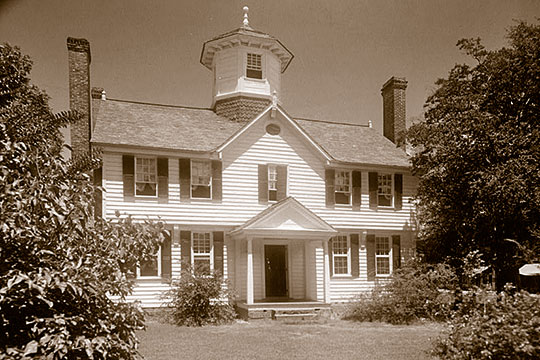 Edenton, known as Queen Anne's Town until its incorporation in 1727, dates from 1658 and was North Carolina's first permanent settlement. In 1715 the colony's Assembly passed an act providing for the construction at Edenton of a court house in which its sessions could be held. That building was completed in 1719. The second and existing court house was erected in 1767. The town was named for Governor Charles Eden who died of yellow fever in 1922. [1]