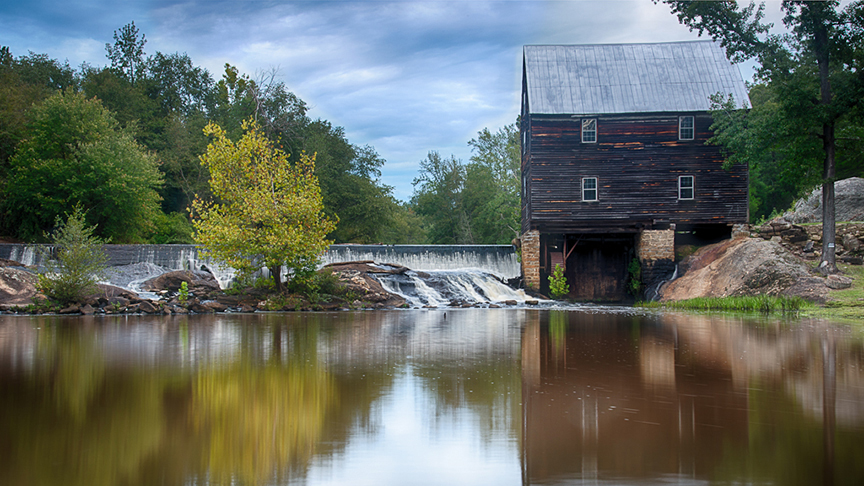 There are 548 municipalities (local governments) in North Carolina and 100 counties. In addition, there are some special districts providing particular services such as water and sewer.

Municipalities [†] are established to protect the citizens and provide residents of a particular area with urban type services; examples of which are water, sewer, police, streets, transportation, recreation, garbage collection and recycling, land use planning and fire protection. These are all typical but not required municipal services. The individual city or town determines which services it will provide, based on circumstances in that municipality. Only a few services, such as enforcement of the building code, are mandated by state or federal law. If a city or town chooses to provide a service however, it must meet whatever state and federal requirements exist for that service. For example, if a city chooses to provide water service, it must meet all the applicable state and federal water quality standards.

The province of "Carolina" was named in honor of King Charles I (Latin: 'Carolus').

North Carolina, in the days of colonial dependence, was the refuge of the poor and the oppressed. In her borders the emigrant, the fugitive, and the exile found a home. Whatever may have been the cause of leaving the land of their nativity-political servitude, tyranny over conscience, or poverty of means, with the hope of bettering their condition, the descendants of these enterprising, suffering, afflicted, yet prospered people, have cause to bless the kind Providence that led their fathers, in their wanderings, to such a place of rest.

Her sandy plains, and threatening breakers jutting out into the ocean, met the voyagers sent out by Sir Walter Raleigh in 1584, and the island of Wocoken afforded the landing-place, "as some delicate garden abounding with all kinds of odoriferous flowers," and witnessed the ceremonial of taking possession of the country for the Queen of England, who soon after gave it the name of Virginia, The island of Roanoke, between Pamtico and Albemarle Sounds, in the domains of Granganimeo, afforded the first colony of English a home so quiet, with a climate so mild, and with fruits so abundant, that the tempest-tossed mariners extolled it in their letters to their countrymen as an earthly paradise. So no doubt it seemed to them the first summer of their residence, in 1585; and notwithstanding the disastrous conclusion of that and succeeding colonies, so the adjoining country has seemed to many generations that have risen, and flourished, and passed away, in the long succession of years, since the wife of Granganimeo, in savage state, feasted the first adventurers.

Her extended champaign around the head streams of the numerous rivers that flow through her own borders, and those of South Carolina, to the ocean, cherished into numbers, and wealth, and civil and religious independence, the emigrants from a rougher climate and more unfriendly soil, of the north of Ireland and the Highlands of Scotland. The quiet of the vast solitudes and forests of North Carolina lured these hard-working men, who, in their poverty and transatlantic subjection, cherished the principles of religion, wealth and independence, to seek in them the abode of domestic blessedness, and the repose of liberty. Far from the ocean, in a province without seaports, and unfrequented by wealthy emigrants, the clustered settlements had space and time to follow out their principles of religion, morality and politics to their legitimate ends; and the first declaration of Entire Independence of the British crown was heard in the province that afforded a resting place to the first colony.

Carolina was settled by emigrants from different parts of the kingdom of Great Britain and her American provinces, in such numbers, and in such remote situations, that it is comparatively easy to follow the line of their descendants, and trace out the workings of their principles and habits upon themselves, the commonwealth, and the country at large. ...