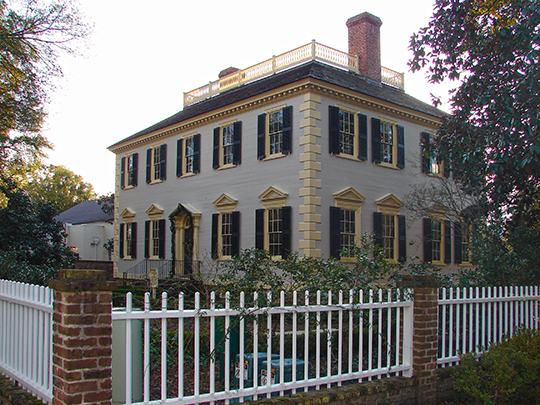 With a population of almost 30,000, New Bern is located about 90 miles from Wilmington, at the confluence of the Neuse and Trent Rivers. It was founded in 1710 by Baron Christopher de Graffenried. In its history, New Bern (the seat of government for Craven County) was once the capital of North Carolina colonial government. Early settlers were Swiss, and the city is named after the founder's previous residence, Switzerland's capital, Bern. (spelling was Newbern until 1897.)