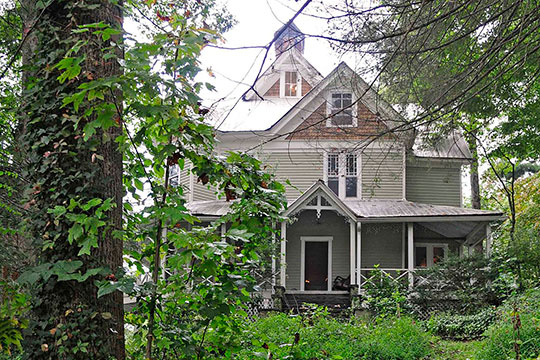 Polk County was created in 1847 from parts of Rutherford and Henderson counties.

Polk County [1], named to honor the Revolutionary War hero, Colonel William Polk, did not achieve county status until 1855. Columbus, the county seat, was named for Dr. Columbus Mills of Mill Spring. One of his ancestors, Colonel Ambrose Mills, was a Loyalist who was hanged by Patriots after his capture at the Battle of Kings Mountain. The Town of Columbus is distinguished by an imposing courthouse, built of handmade brick in 1855. The ancient slave block still remains on the courthouse lawn.

Polk County had just begun to function in the family of North Carolina counties when the Civil War intervened. In the ensuing four years of conflict (1861-1865), her economy, as in other counties in the state, was severely taxed.

At the end of the war, her people were in dire straits. Polk County did not recover from paralyzing lethargy following the Civil War until about 1900.