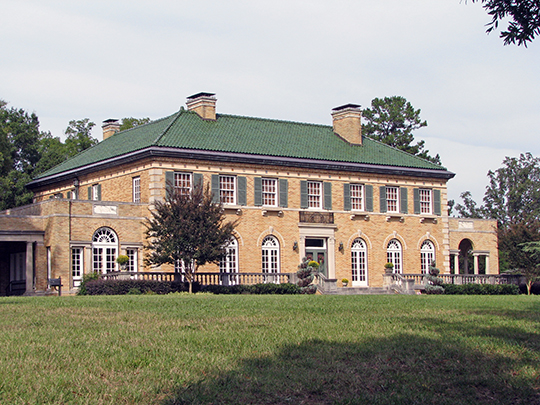 In 1896 Salisbury had a population of less than 6,000 people and was primarily a "walking city" in which most citizens lived clustered around the downtown area within easy walking distance of churches, schools, stores, and places of work. However, in the last few years of the nineteenth century several forces combined to encourage the development of attractive residential suburbs such as North Main Street. One of the most important of these forces was the development of Southern Railway's repair and maintenance facility at Spencer. The facility, named Spencer Shops in honor of Samuel Spencer, President of Southern Railway, was established in 1896 and over the next thirty years experienced a number of expansions, eventually becoming the largest repair and maintenance facility in the railroad system. The development of this railroad facility brought large numbers of new workers into the Salisbury area, infused large amount of money into the city's economy, and provided the city with a major stimulus for growth.

The development of residential neighborhoods which took place during the early twentieth century was also encouraged by Salisbury's development into a small manufacturing town. Because of its excellent rail facilities and a good supply of cheap labor from the surrounding rural area, Salisbury experienced a rapid expansion of its industrial base during the late nineteenth and early twentieth centuries.