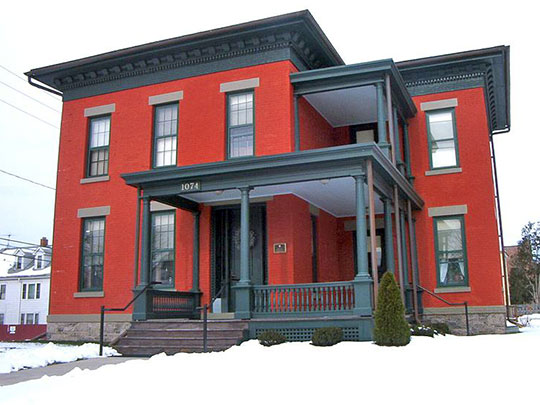 Downtown Syracuse serves as the cultural entertainment center for the City and the entire region with its numerous civic spaces, museums as well as its convention and cultural centers. There are more than twenty distinct neighborhoods, each with its own cultural flavor. City neighborhoods also provide a home to an extensive network of historic public parks.

Community participation and civic activism through the Tomorrow's Neighborhoods Today (TNT) program enhance the quality of life within Syracuse's neighborhoods.

The first building in the area was an Inn established by a man name Bogardus, and thus the environs were known as Bogardus's Corners and, later, as Cossit's Corner, the inn having been sold to a man named Cossit. Incorporated as a city in 1848, the name came from the post office, which, in turn came as suggested by the first postmaster, John Wilkinson. He claimed that on reading about the Sicilian City "Siracusa," he was reminded much of "Cossits Corners." The City's first mayor was Harvey Baldwin.