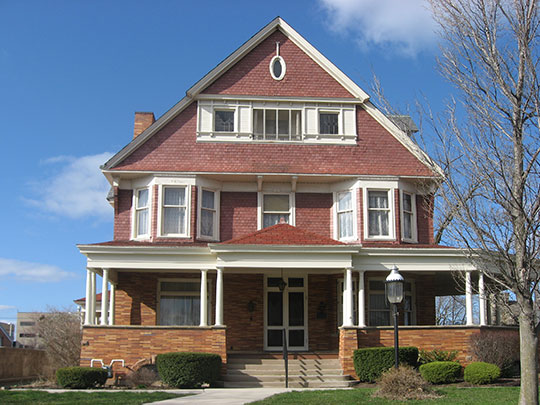 Lima was founded at the southern-end of the Great Black Swamp, an area inhabited by the Shawnee Indians until their removal to Kansas in the 1830's. Located on the banks of the Ottawa River (Hog Creek) it developed into the largest landlocked city in northwest Ohio with a population of 55,000. Historic resources most prominent are fine commercial and financial buildings erected following Lima's early industrial growth, particularly related to railroads and the oil industry.

Lima's periods of significance relate to commercial and industrial development:

1880-1900: The discovery of oil in 1885 led to Lima's population tripling by the turn of the century with much new construction, including South Lima.

Early 20th century: Completion of the Texas oil pipeline, Standard Oil, banking and entertainment created new buildings up to the eve of the Depression.

Post-Depression: New building styles the end of the era of grand buildings.