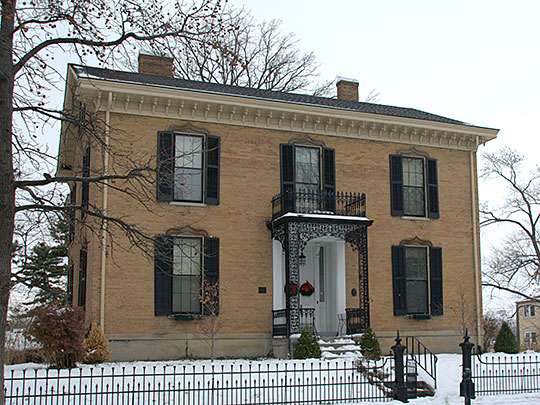 The first court for the county of Butler was held in Hamilton on the second Tuesday in July, 1803, the calendar date being July 12. Subsequently its sittings were held in one of the old buildings of the garrison, which had been erected for a public store house, the Torrence Tavern, corner of Water and Dayton streets. The building remains intact to-day the same as it did in 1803, the property of G. A. Rentschler. The magazine was converted into a jail, and another of the old buildings fitted up for a clerk's office. The house erected for the accommodation of the commandant and officers was occupied as a tavern for the entertainment of the court and bar, and other persons attending. The artificers and barracks were used for stables, etc.

In a few years a stone building was erected on the ground set apart for a public square, designed for a jail and jailers house. The upper part of this building was finished for a court-room and the sittings of the court were transferred from the barracks to this building.