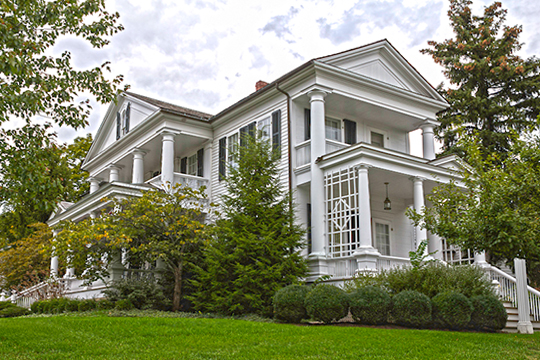 As Ohio was making the transition from a largely unsettled territory to a frontier state it was being further divided into counties as more settlers moved into the region. In 1800, Trumbull County was erected and embraced the entire Western Reserve. But that simple organization would not last long, as statehood and recurring land sales encouraged additional settlers to fill the northeastern part of the region. The Western Reserve was further divided into Trumbull and Geauga in 1806, followed by Geauga, Portage, Cuyahoga, Ashtabula and Trumbull in 1808. Finally, Medina County was formed in 1812 from a portion of Portage County and organized in 1818. [Stephen D. Hambley, Ph.D., Medina County Commissioner, Timeline of Medina County History, 2009 Edition, www.co.medina.oh.us, accessed October, 2013.