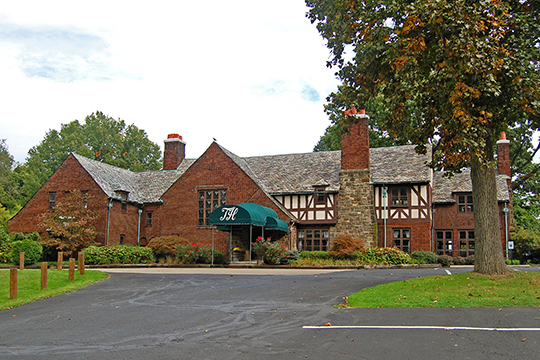 Summit County is one of the counties forming the southern half of the Western Reserve. All but its two southernmost townships, Green and Franklin, lie within the boundaries of the Western Reserve. These townships are six miles square, while the others of the county are each five miles square. In 1833, a few citizens in Akron, which at that time was situated in Portage County, began to agitate the question of forming a new county, with Akron as its nucleus. Ravenna was the county seat of Portage County, and it was a long and difficult trip there. Akron had grown very fast and began to covet the advantages of being the seat of government of the county. The new county project of course had the support of all the villages adjacent to Akron and of all the farmers living in that vicinity.

Doctor Eliakim Crosby was the prime mover in this matter, as he was in every laudable enterprise. The energy and versatility of the man are worthy of remark in any history of Summit County. He was the most indefatigable of all the founders of Akron, or of all who have wrought for her welfare and advancement. He made an offer to give $2,000.00 toward the erection of the new county buildings, if Akron should be made the county seat of the new county. The proposition encountered much vigorous opposition, especially on the part of Ravenna citizens. For six years the projectors kept at work, trying to arouse sentiment in favor of the project and especially trying to get the representatives from the counties interested to present a bill in the legislature for the creation of the new one.

At last it was accomplished by means of a political deal. The Whigs of Akron and vicinity voted with the Democrats of Portage County and succeeded in electing two representatives from Portage County who were pledged to the creation of the new county. The new State Senator for the district was Colonel Simon Perkins, who was in favor of the project. The legislature convened on the first Monday in December, 1889, and a bill was introduced by Hon. Rufus P. Spalding, the new representative, providing that the townships of Twinsburg, Northfield, Boston, Hudson, Stow, Northampton, Portage, Tallmadge, Springfield and Coventry in Portage County; Richfield, Bath, Copley and Norton in Medina County, and Franklin and Green in Stark County, be erected into a separate county, to be known by the name of "Summit." In order to restore the constitutional area to Medina County, the bill transferred Homer and Spencer townships from Lorain to Medina County. It provided for the collection of taxes, the maintenance of suits at law, the continuance of officials in office until the election of their successors and that Franklin and Green townships should not be taxed for the erection of county buildings during a term of fifty years after the passage of the Act. It stipulated the first election for officers of the new county should be held on the first Monday in April, 1840, and that courts should be held in Akron until the county seat was located. This was to be done by commissioners to be appointed by the State.

The name "Summit" expressly given as the name of the new county, was obtained from the summit level of the Ohio Canal, which level begins in the south part of Akron. It extends from Lock one to New Portage. This long stretch of canal without a lock, being located upon the very highest land along the whole length of the canal, was called Summit Level. It is probable that the name was selected by Dr. Eliakim Crosby, Colonel Simon Perkins, or Judge Rufus P. Spalding. The last named probably drew up the bill.

With the introduction of this bill, began one of the hottest legislative battles of the session. A powerful opposition arose at once. If the bill passed, Medina, Lorain, Portage and Stark counties would lose some of their best townships. The constituents of the legislators representing these counties were opposed to it to a man. These legislators were, therefore, fighting for personal prestige as well as principle. They enlisted the support of the legislators of all other counties which had been threatened with a like fate. A strong lobby went to Columbus to work against the bill. Not a stone was left unturned in a search to find weapons to bring about its defeat. The opposition brought all possible filibustering tactics into play. They moved postponements, laying on the table, referring to committees, amendments, adjournments and every parliamentary device allowed by the rules of procedure. The ground was fought inch by inch.

The result was a splendid victory for the new representatives. It reflects much credit upon their skill and sagacity. On Feb. 6, 1840, the bill passed the House of Representatives, thirty-four votes being cast in its favor and thirty-one against. The margin by which success had been won was very small. On the 28th it emerged triumphant from a battle in the Senate, equally as fiercely contested. Here the vote stood 19 in its favor and 15 against it. On March 3, 1840, it was signed by the Speaker of the House and the President of the Senate and became a law.

The legislature then appointed James Mc-Connell, of Holmes; Warren Sabin, of Clinton, and Jacob Williard, of Columbiana, as a Board of Commissioners to establish a county seat for the newly created county.