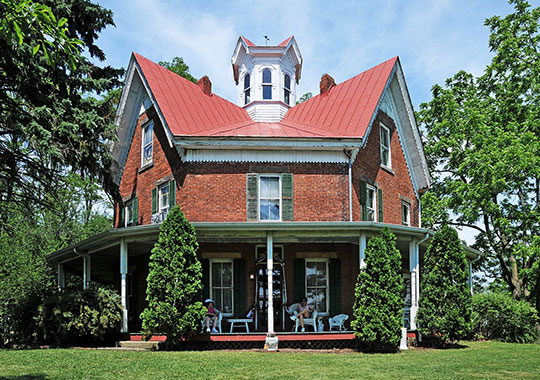 Upon the British ceding their holdings to the newly formed United States government in 1782, a series of treaties were signed with the Native Americans creating the Northwest Territory, later to be claimed by a few of the first states. Known as the Congress Lands, Wayne County was included in this area.

On February 13, 1808, the County's initial boundaries were defined by the state legislature, however, it was placed under the jurisdiction of Columbiana County and later Stark County. Wayne County was fully established on January 4, 1812, by the Ohio General Assembly—giving its citizens the ability to elect their own county-level officials. Once Holmes County was formed in 1825, Wayne County was reduced to its current boundaries. The County is the third largest in Ohio with a total of about 561 square miles.

The County was named for General Anthony Wayne, a famous Revolutionary War hero and negotiator. General Wayne established a peace treaty with local Native Americans that was instrumental in opening Ohio to settlement.

The City of Wooster was surveyed in 1808 by proprietors John Bever, Joseph H. Larwill and Judge William Henry, who owned the area where it lay. Bever promised to build a courthouse if the county seat was placed in Wooster. The first township to organize in Wayne County was Congress Township on October 5, 1818, from parts of Mohican and Wooster Townships. The first settlement was made by George and Issac Poe in 1815.

Among the early settlers in newly formed Wayne County were pioneers, who came in search of land. Upon arriving, their first task was to build a cabin. Next they cleared a few acres to grow pumpkins, corn, potatoes and fruit trees. The self-sufficient pioneers were often forced to depend on fish, wild berries and game to sustain them until crops could be harvested. Farming was done with hand tools until 1850. Cash crops or items were not common among the pioneers, thus it was often difficult for them to pay land debts.

Regarded by the Native Americans as a great medicine man due to his eccentric yet calm behavior, Johnny Appleseed was known to plant appleseeds in the Wayne County area as late as 1846. An apple nursery near Apple Creek dating back to 1802 is believed to be one planted by this legendary figure.