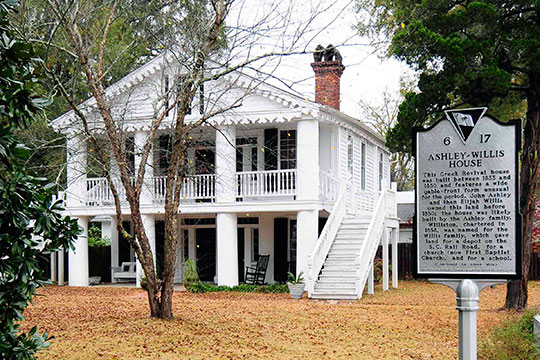 Barnwell County [1], originally named Winton County, was formed in 1785 as one of the four counties created from the Old Orangeburgh District. Within the Barnwell County Courthouse archives are the original court records of Winton, dated to 1786. Winton County's separate court was abolished in 1792, and in 1798 the county was transformed into the Barnwell District, named after Revolutionary War leader John Barnwell.

Barnwell County is located along the Savannah River in the midwestern area of the state and is bordered by Aiken, Orangeburg, Bamberg and Allendale counties in South Carolina and Burke County in Georgia. The centralized location and pastoral open spaces of Barnwell County help to provide a relaxed country lifestyle while maintaining convenient access to some of South Carolina's larger communities as well as the state's coastal and mountain regions.