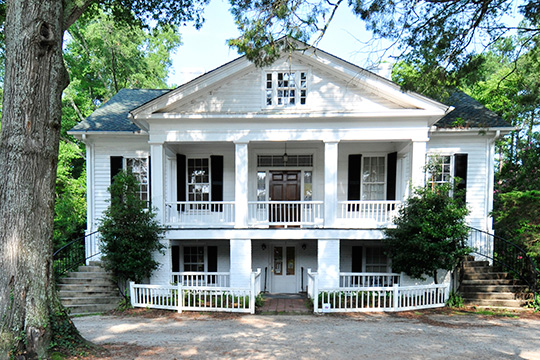 Prior to white settlement the area of present-day Fairfield County served as a hunting ground for the Catawba Indians and their allied tribes. Initial white settlement occurred between 1740 and 1770 along the Broad, Wateree and Little Rivers and their tributaries. Fairfield County was originally part of the old Camden District, one of seven judicial districts dividing the province in 1769. The area was designated Fairfield District in 1785 and was authorized as a county under the 1868 state constitution.

Early settlers were reportedly involved in hunting, trapping and raising livestock. Agriculture became increasingly important after the Revolutionary War, with small grains and cotton being best suited to the area. By 1824 about half of the arable land within the district was under cultivation. Concomitant with the expansion of the cotton economy was the expanding slave population in the district. Between 1790 and 1860 the black population increased more than 90%. White population grew 35% between 1790 and 1820, but declined 32% between 1830 and 1860 at least partially because of political agitation and the promise of new land in the west.