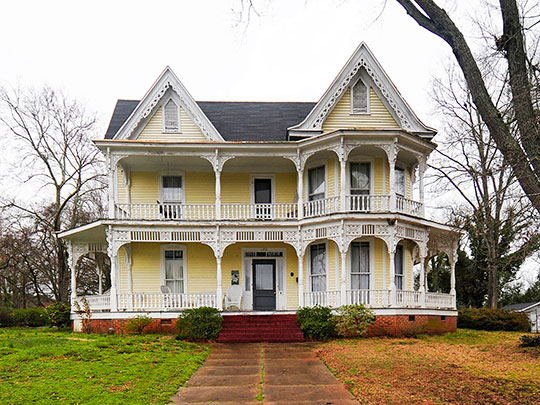 Laurens County, named in honor of South Carolina Revolutionary patriot Henry Laurens, was one of six counties created in 1785 from a division of the old district of Ninety-Six. By 1792 Laurens was the seat of justice for the county. The earliest courthouse is believed to have been built of logs near the site of the present courthouse. An 1800 plat of the area reveals that the land surrounding the courthouse had been divided into lots and sold. A commercial area gradually developed around the courthouse. [1]