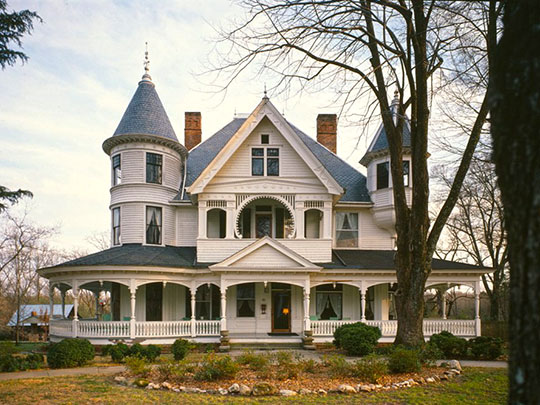 Laurens had been established as the county seat by 1792. By 1826 Laurens, often called Laurensville in the antebellum period, had 250 inhabitants and 35 houses. Laurens remained a small village through the first half of the nineteenth century; the federal census of 1860 reported a population of 429 for the town.

With the construction of several railroad lines through the town in the late nineteenth century, however, Laurens, like numerous other South Carolina upcountry towns, experienced a period of rapid economic growth and, development. An improved transportation system made these towns more useful and popular markets for area farmers. A railroad from Laurens to Newberry, which had been constructed in the 1850's but had gone bankrupt, was rebuilt in the 1870's, and two railroads through Laurens had been completed by 1886. An 1888 business directory of Laurens reported that as a result of the construction of the 1874 railroad, "the town was enthused with new life and as a consequence the log cabins and wooden structures that were then on the square gradually disappeared, and in their places were erected large commodius and beautiful brick store rooms which now adorn it." The population of Laurens reflected this boom; the population, which was 752 in 1880, rose to 2,245 in 1890 and to 4,029 in 1900.