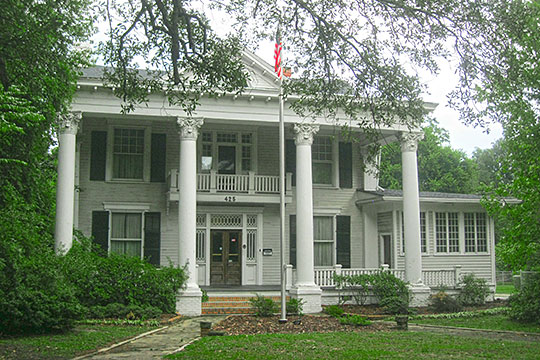 A settlement by 1785, Sumterville was named after General Thomas Sumter, South Carolina Revolutionary war hero. In 1798 the village was selected for the site of the courthouse of old Sumter District. With no access to waterway or railroad, development was slow until the Camden branch of the South Carolina Railroad extended into the town in 1843. Incorporated in 1845, Sumterville's name was eventually changed to Sumter. The town of Sumter was officially chartered in 1871.

Located in the central section of South Carolina, Sumter was a focal point for trade and marketing. Commercial structures were built in the late 19th and early 20th centuries which reflected this period of Sumter's growth and prosperity. Sumter Historic District, which primarily consists of Main & Liberty Streets, represents a key commercial area in both the 19th and 20th centuries.

Sumter was one of the first cities in the nation to adopt the council/manager form of government, with a full-time professional city manager employed by an elected council. From the year of its charter in 1845, the town was governed by an elected council of five. The first city manager was hired in 1912. The center of the government was located within the district at Town Hall from 1872 until the mid-20th Century.