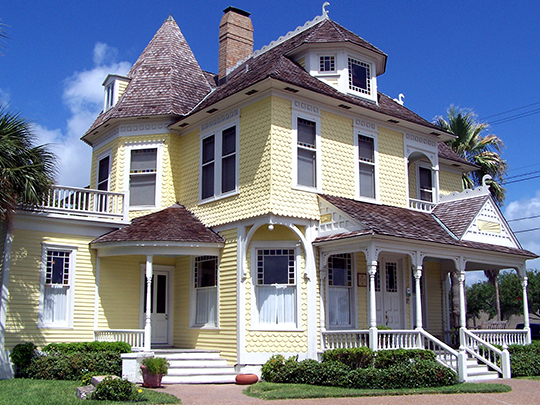 Rockport was incorporated as a city in 1871, the year Aransas County was created from Refugio County. Youngs Coleman and son, together with the Fulton and Mathis families, began cattle raising the same year. They owned more than 100,000 acres and were a primary stimulus to the economic boom that began for Rockport in 1873; the Coleman-Fulton Pasture Company was a major contributor to development of the area until 1930.

The 1880s saw boat building, fishing and tourism develop as important industries. Noted Texas courthouse architect James Riely Gordon [1863-1937] designed the Aransas County Courthouse, completed in 1889. A shrimping industry developed in the latter half of the 1920s, maturing in the 1940s, and reviving in the 1950s. [Texas State Historical Association, www.tshonline.org, accessed January, 2013.]