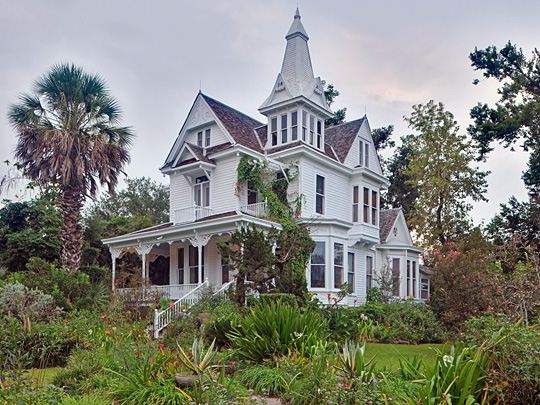 A fact not generally known nor appreciated is that Houston is the result of a disagreement between the Allens and the Harrises. There was no serious quarrel or anything of that sort. They differed about land matters, with the result that the Allens, instead of joining the Harrises in their efforts to build up the already established town of Harrisburg, came 5 miles by land and about 16 miles by water further up the bayou, and laid the foundation for the rival town.

Now, as a matter of fact, there was no good reason for the new town. The location at Harrisburg was ideal and had many advantages, naturally, that Houston had to create artificially. There was, to begin with, 16 miles of very crooked and hardly navigable bayou to be overcome in order to reach Houston, while the new site had absolutely nothing to compensate for this disadvantage.

However, there was an element injected into the controversy that helped the Allens wonderfully in carrying out their scheme. Santa Anna's soldiers showed up just at the critical moment and burned Harrisburg. Before the Harrises could recover from the blow, and while their town still lay in ashes, the Allens acted and not only had their town laid out, but were actively engaged in selling town lots to settlers. Not much progress was made during the first year, however, and there was not much of a city in evidence and scarcely more to indicate that city was to be, for Governor Frank Lubbock, in his memoirs, gives an amusing description of his search for the town, even after he had reached and passed the foot of Main Street. He came to Houston on the first steamboat that ever arrived here and it took 4 days to make the trip from Harrisburg to Houston. That being the pioneer trip an immense amount of work had to be done to clear the stream of sunken logs and overhanging trees. There was plenty of water, but there were numerous obstructions in and over the channel. After the first boat, there was little or no delay and before long there were other boats that came to Houston, and in a year or two there was a regular service established between Houston and Galveston.

During the first 18 months of the new city's existence there was little accomplished aside from perfecting the plans and arranging the divisions, for there was not much more of a city than a name and some surveyed streets and lots until late in 1837. By then the town began to show some life and activity. It is true that the city was more like a military camp than anything else, for it was composed largely of tents, with here and there a small log cabin. During 1837 there was a large storehouse built at the corner of Commerce street and Main and at the same time work was begun on the "Mansion House," Houston's first hotel.

But it was not until 1838 that Houston took on genuine city airs. That year an election was held to decide whether the city should be incorporated or not. The result was an affirmative vote and the same year the Texas Congress granted the City of Houston a charter.