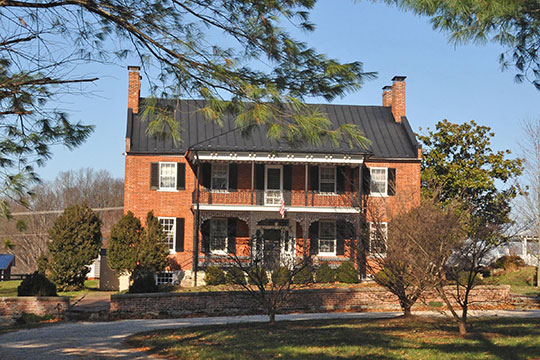 The county was formed in 1757 from Fairfax and named for Lord Loudoun, titular governor of Virginia and head of the British forces in America. Oak Hill, President James Monroe's home is in this county. [Loudoun County Historic Marker #Z-180.]

The seven incorporated Towns in Loudoun County offer a window to the County's past and are a key component of its unique character today. Most were incorporated more than a century ago. The Towns became agricultural business centers, providing markets for farm products and the necessary goods and services for rural residents. The origins of several towns are also in tourism as many city dwellers traveled on the train to stay in lovely boarding houses and inns for summer vacations. Over the years, the Towns have developed as the population centers as well as the location for employment and public facilities.

Today, the Towns, while still influenced by their agricultural tradition, play a more varied role that includes retail and service-based businesses, home-based businesses, educational opportunities, and telecommuting as well as serving as bedroom communities for many who commute to jobs in the region. Yet, they have largely managed to retain their charm and distinct sense of community.