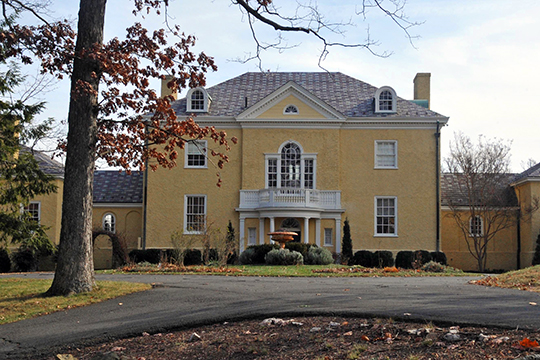 The town of Leesburg was established in 1758 authorizing Nicholas Minor to sell lots from a 60 acre tract surrounding his tavern. The town was to serve as the county seat for the newly founded Loudoun County. A committee of three men had been appointed a year earlier to lay out "proper streets" and their report, which still exists, forms the basis for the present layout of the community. The settlement had been known as Georgetown in honor of King George II until the county was formed in 1758, and the name was changed to Leesburg to honor Francis Lightfoot Lee.

The town grew significantly during its first several decades, but expansion was slowed considerably from the Civil War to the post WW II era. As a result, Leesburg possesses an important collection of structures dating from the late 18th century through the early 19th century. Especially notable structures include: The Laurel Brigade Inn, an early stone tavern still in operation; Osburn's Tavern, scene of a reception for LaFayette during his visit in 1825; the "Old Tavern," an architecturally distinguished structure built in the late 18th century; the County Office Building, a dignified Greek Revival building erected circa 1844 as the Leesburg Academy. The brick Classical Revival Loudoun County Courthouse was completed in 1895 on the site of two previous courthouses. Also located in the town is the significant site of the Old Stone Church, demolished in 1900. The lot, which was purchased by the Methodists on May 11, 1766, was the first property the Methodists owned in America.

The numerous early dwellings and commercial buildings along with the structures cited, combine to make Leesburg one of the best preserved and most picturesque communities in Virginia.