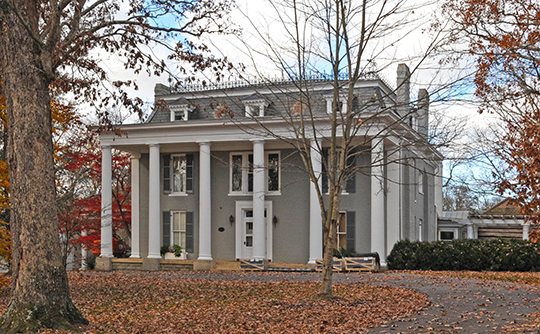 The modern day Town of Wytheville finds its origin in the earliest days of Wythe County as the site of the County courthouse and the center of commerce. In 1790, the Town was established as the Wythe County seat. In 1792, the General Assembly passed an act establishing the new town of Evansham, named for a prominent county citizen, Jesse Evans. Almost fifty years later, on March 6, 1839, the town trustees re-christened Evansham as the Town of Wytheville.

Throughout the history of southwest Virginia, the Town of Wytheville, as the designated seat of Wythe County, has occupied a prominent economic position. After a wagon turnpike was completed within the Town limits in 1848, interest in the Wytheville area led to the establishment of several popular therapeutic spas, which lured many visitors and new permanent residents. After the Civil War, lead mines and a sizeable cabbage crop led to economic growth that continued to the end of the nineteenth century. Federal highway construction during the late 1930s placed the Town of Wytheville at the crossroads for U.S. Highway 52, which ran north-south, and U.S. Highway 11, which runs in a northeast-southwest direction. In the 1960s, Interstate Highway routes 77 and 81 were constructed parallel to these highways, bringing more traffic and further economic development to the area. Today, the Town of Wytheville continues to thrive and grow economically both in its downtown core and at the outskirts.

The history of Wytheville is comprised of several prominent public figures who played important roles at both the state and national levels. Edith Bolling Wilson, the wife of President Woodrow Wilson (earning the title of First Lady Extraordinary), was born in Wytheville. Both Virginia Governor Elbert Lee Trinkle and United States Senator and Consul of the United States in Hong Kong, Colonel Robert Enoch Withers, were citizens of the town of Wytheville. Confederate Generals James Alexander Walker and William Terry, both assuming commanding positions with the Stonewall Brigade, practiced law in Wytheville and today rest in the historic East End Cemetery. Wytheville is also the place where the valiant Confederate General, J.E.B. Stuart, attended school and had relatives in Wytheville.