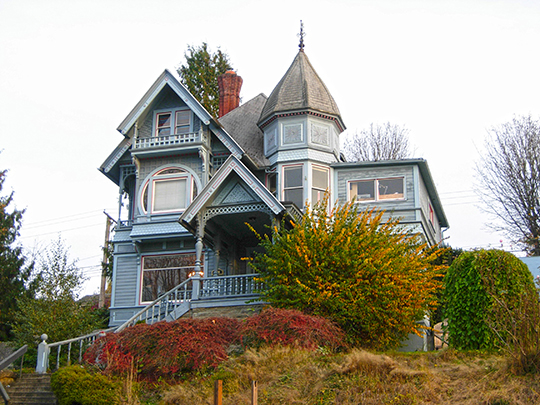 Created in 1854, Whatcom is one of a handful of Washington's nearly 40 counties that adopted its own constitution following the 1978 adoption of its Home Rule Charter.

Whatcom County lies in the northwest corner of both the State of Washington and the coterminous United States. It is bounded on the north by the Canadian border, on the east by Okanogan County, on the south by Skagit County, and on the west by the Strait of Georgia and Bellingham Bay. These borders enclose large parts of the Mount Baker National Forest and the North Cascades National Park, which take up about two-thirds of Whatcom County's total area. All but a few residents live in the western third of the county. Bellingham, with an estimated 2002 population of 69,260, is Whatcom County's largest city. Other cities include Blaine, Everson, Ferndale, Lynden, Nooksack, and Sumas, and there are several smaller unincorporated communities.