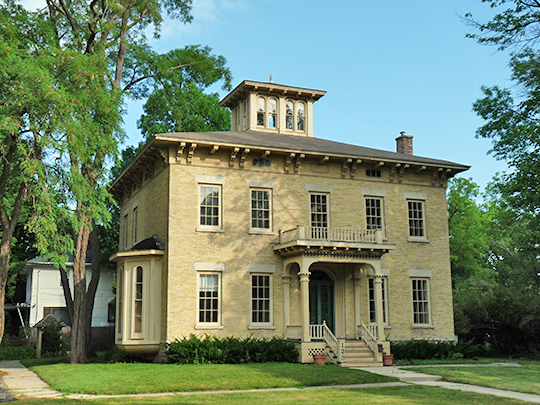 Green Bay was incorporated in 1854 and that same year the county seat was moved from De Pere.

In 1833 the first newspaper in Wisconsin was formed in Green Bay. It was the Green Bay Intelligencer located on Main Street. On August 13, 1846 Charles Robinson, also Green Bay mayor in 1866 and 1872, gave birth to the Green Bay Advocate. He was editor of the newspaper until 1861 when he enlisted in the military. In 1879 he once more returned to his duties on the Advocate and continued working until 1881.