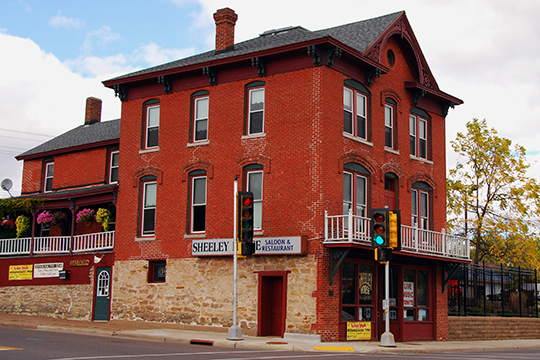 Louis Hennepin and his companions were the first Europeans to traverse the Chippewa County area. They journeyed up the Chippewa River in 1680. The first permanent settlement in the area was established in 1822, when a sawmill was built along the Chippewa River. Soon after that date, the valley of the Chippewa River became an important lumber region. White pine was abundant in the virgin forests. In 1837, the largest sawmill in the world was built in Chippewa Falls.

The early settlers included Canadians and French and some English, Irish and Scots. German and Norwegian settlers came somewhat later. They were farmers. Dairying became the predominant farm activity by the turn of the century. Since then, the county has become one of the cheese-making centers of the nation.