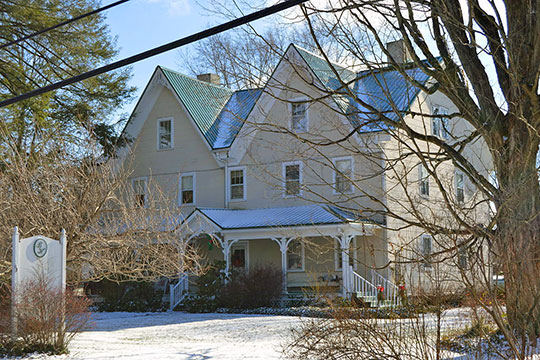 Summersville began as a small farming community. The town was named after Judge Lewis Summers, who was instrumental in the formation of Nicholas County. In 1820, just two years after the county was formed, Summersville was created through an act of legislation. It remained a quiet farming community with a population of a little more than a hundred people up until the Civil War.

Like many other places in West Virginia, the civil war forever changed the small town. In 1861 Union troops won a decisive victory over Confederate troops at what is now the Carnifex Ferry Battlefield, a historical site located near Summersville. The victory allowed the Union to regain control of the Kanawha Valley. Three years later, during the winter of 1864 and 1865, armies from both the Union and the Confederacy camped in or around Summersville. It was during this time that the town and all of its buildings were burned to the ground.

The resilient citizens of Summersville refused to allow the fire to extinguish their spirit, and by 1884, the town was rebuilt and became home to over one hundred people. Agriculture sustained the small town until the 1930s when large coal operations transformed Summersville into a center of commerce and industry. Since then, the coal industry has been a major source of employment for the town's citizens.

Summersville has continued to develop over the last fifty years. Thousands of travelers pass through Summersville on U.S. Route 19, which has become a national thoroughfare. Summersville has become a destination for many tourists. In 1966, the Army Corps of Engineers completed construction of the Summersville Dam, which was dedicated by President Lyndon B. Johnson. The dam created Summersville Lake, the largest lake in West Virginia, with more than 60 miles of shoreline. The Summersville Lake and the surrounding scenic areas provide residents and tourists with many recreational activities, including boating, camping, hiking, fishing, rock climbing, swimming and even scuba diving.