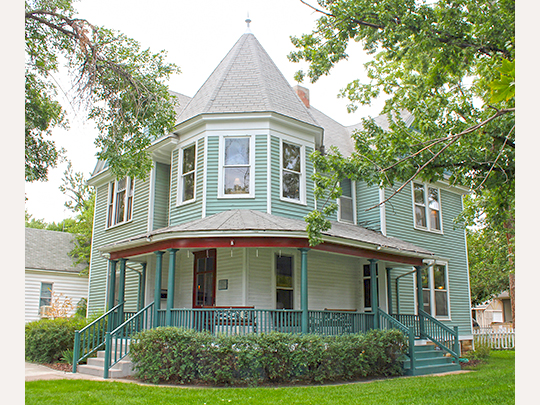 Meeker was born to an affluent family in Ohio in 1817 and graduated from Oberlin College in 1840. Then as now, Oberlin was a place friendly to radical ideas, and Meeker became intrigued with the Utopian plans advocated by the French philosopher Francois Fourier. In 1844, he joined the "Trumbull Phalanx" in Ohio. The "Trumbull Phalanx" was an agricultural co-operative community based on Fourier's concepts. He remained at the "Trumbull Phalanx" into the 1850s. Moving to New York in 1865, Meeker became the agricultural editor of the New York Tribune. In his columns, Meeker championed the idea of establishing agricultural co-operatives in the American West. In 1869, Meeker, with the support of his boss, Horace Greeley, the editor-in-chief of the widely read New York daily newspaper, announced plans to start a co-operative in the Colorado Territory. The group, called the Union Colony, was organized at a meeting at New York's Cooper Institute. Meeker offered membership in the Union Colony "for sale to temperance men of good character."

In 1870, the Union Colony group came to the banks of the Cache la Poudre River and set up the town, naming it Greeley in honor of Meeker's former boss and mentor. On arriving at the settlement Meeker immediately built an adobe house for himself and his wife and daughter. The Meeker Home, a simple adobe Italianate style residence, still stands at 1324 9th Avenue near downtown Greeley. It has been a house museum since 1929 and is listed on the National Register of Historic Places.