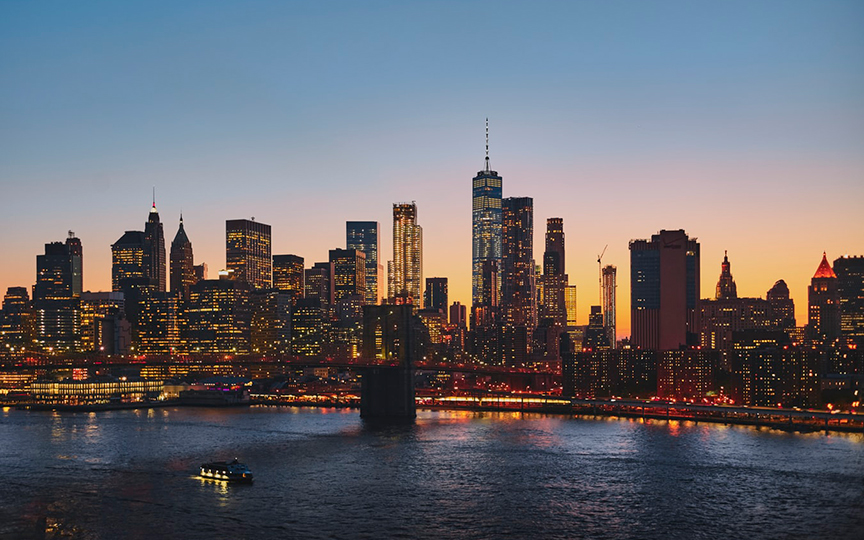 Photo: Manhattan Skyline with Manhattan Bridge in the foreground. Photo by Luca Bravo via unsplash.com.

On May 6th, 1626, Peter Minuet, the first Dutch Governor, purchased the Island of Manhattan for the West India Company, paying the Indians in beads, buttons and other trinkets to the value of $24 for their real estate. During the latter part of 1638, Wilhelm Kieft, the third Dutch Governor, thought it well to secure more land for the company; and he purchased from the Indian Chiefs, during that and the following year, nearly all of the territory now comprising the County of Queens. The purchase price is not recorded.

In 1664, when Governor Peter Stuyvesant surrendered New Amsterdam to the English, the name of the City was changed to New York. This resulted in other changes of names such as: Vlessigen to Flushing, Rusdorf to Jamaica, Breuckelen to Brooklyn. In 1672 the Dutch recaptured the City and its name was changed to New Orange. In 1674, possession was restored to the English and the name New York was again resumed.

Across the U.S., the County is typically the largest geographical subdivision of a State. New York City is an exception.