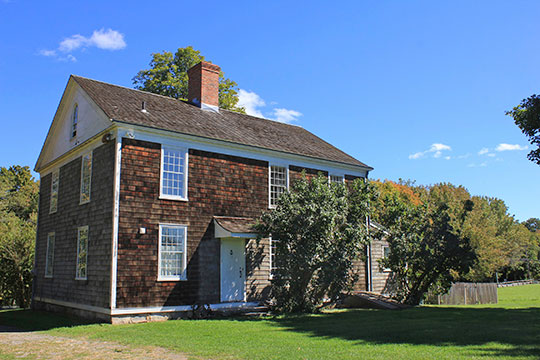 Fairfield County was organized at a Court of Election held at Hartford, May 10, 1666, at which time John Winthrop was Governor of the colony.

At the date of organization the county embraced but five towns—Fairfield, Stratford, Norwalk, Stamford and Greenwich. As the population increased other towns were formed.

By about 1820, Fairfield had a population of more than 40,000 and contained 1 Forge, 1 Slitting and Rolling Mill, 5 Cotton Factories, 9 Woolen Factories, 29 Fullin Mills and Clothiers' works, 40 Carding Machines, 80 Grain Mills and 170 Mercantile Stores. There were 74 Religious Societies, 28 School Societies, and 23 Social Libraries. [1]