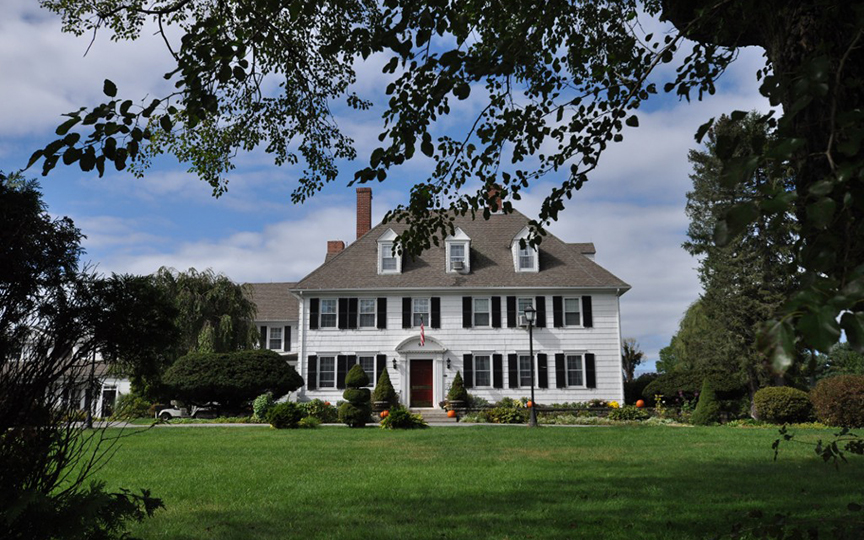 Windham County occupies the northeastern corner of the state of Connecticut, bordering Worcester County, Massachusetts, lying on the north, and Providence and Kent counties in Rhode Island on the east, New London County bounds it on the south and Tolland on the west. It contains an area of 620 square miles. The largest river in the county is the Quinebaug. It rises in Worcester County, MA, and flowing the entire length of Windham, joins the Shetucket in New London County.

The northwestern part of the county was called by the Indians Wabbaquasset, meaning the "mat producing country," on account of the reeds or rushes that grew abundantly in some of the marshes. The natives there, as usually was the case, took the name of the locality. On the south of Wabbaquasset and Mahmunsqueeg lay the Quinebaug country, the principal part of which was the territory which is now Plainfield and Canterbury. Twenty years or more before the settlement of Connecticut by white men, the Pequots had subdued the Quinebaugs and Wabbaquassets and assumed jurisdiction over all the territory now occupied by Windham county, supplanting here both the Nipmucks and the Narragansetts. But their reign was to be a short one. They in turn were soon supplanted by the forces of English civilization.

In the early commerce between the colonies of Massachusetts and Connecticut a popular route over the land was made through the region that is now Windham County. Remote from the seashore and possessing no navigable lakes or rivers, it was perfectly reasonable that this territory should for a time be overlooked, or rather that it should be passed by as goodly land for the home-seekers in a new world. Accessibility by water was to the first settlers an almost absolutely essential feature in any site chosen by them for the planting of the little colony. But we may imagine that the fertile valleys and hills of this beautiful region, and the picturesque attractions of the future Windham did not long remain unnoticed. The land became known to the English about the year 1635.

One of the most indefatigable land speculators of that period was Mr. John Winthrop. In Massachusetts, Rhode Island, in Connecticut and upon Long Island his tracks may be seen as, first in one locality, and then in another, he obtained title more or less perfect to the wild lands occupied by the Indians. He was the first Englishman in Windham to receive from the natives a deed for an indefinite amount of land. This conveyance is dated November 2nd, 1653, and purports to have been given by James, sachem of Quinebaug, and confirmed by Massashowitt, his brother, and also to have been made with the consent, "full and free," of Aguntus, Pumquanon, Massitiarno, his brother, and all the rest of the chief men of these parts.

Windham County was organized in 1726. By that time many improvements had been made in the wilderness of northeast Connecticut. At the time the territory contained eight organized towns: Ashford, Canterbury, Killingly, Plainfield, Pomfret, Voluntown, Windham and Woodstock. Forests had been leveled, roads constructed, streams bridge, and land subdued and brought under cultivation. The aboriginal inhabitants were fast passing away. The wigwam was superseded by the farm house, and the tomahawk by the woodman's axe and the plow.