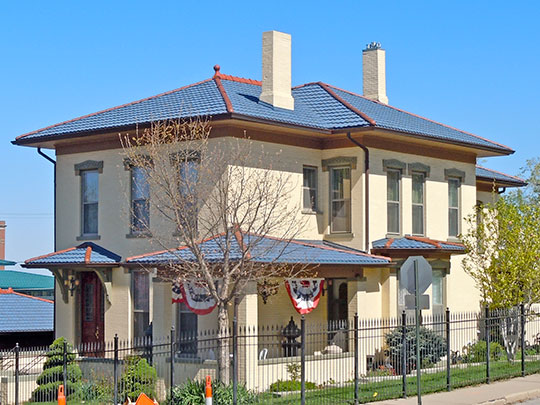 The county was organized September 21, 1848 with A. H. Perkins, David D. Yearsley and George D. Coulter as the first County Commissioners. They held their first session at the house of Hiram Clark in Kanesville. T. Burdick acted as the Clerk for the Board at this meeting.

By 1854 the county seat had been located at Council Bluffs on the Missouri River. The city was not of any very extended size, and red men were scattered in and about the city in large numbers, and several Indian traders occupied tents and small trading-posts. The life in this section at that time was very much like life on the Plains or that of early California.

Pottawattamie County, like other prairie counties, had been traveled-over long before any arrivals from the Old World, by the natives or red men, who were found here by the earliest white settlers. These natives lived upon the wild game, fish, etc., which were found here in abundance.