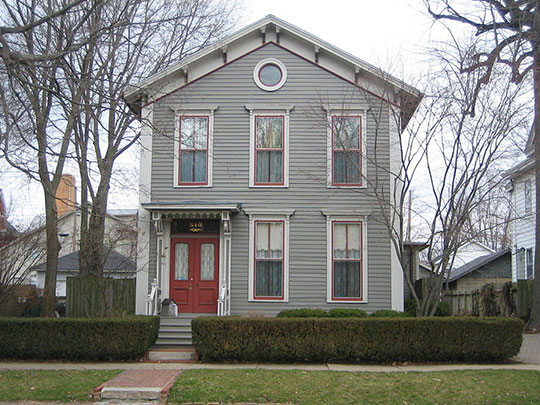 McLean County was settled during the 1820s by people of European descent who built their homes on the savannah land that formed a border between the prairie grasslands and the island-like groves of trees that dotted the area. Settlements of the native Kickapoo occupied these areas as well. Although some relationships were established between these competing settlements, the Kickapoo were forced out of the area within a decade. The early European settlers were of Scotch-Irish descent who migrated to this area from the South and became self-sufficient by practicing subsistence farming and swine herding. The sparsely wooded savannahs were well suited for these activities, and unlike the tough prairie sod, could be cultivated with reasonable effort. These locations were also near the water and timber needed by the settlers. The number of settlers grew as the original families were joined by friends and relatives.