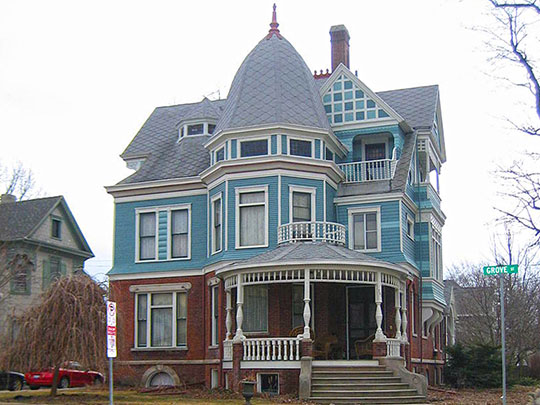 In 1829, James Allin purchased land at the north edge of the Blooming Grove and opened the first store in what was to become the City of Bloomington. Allin's site won the honor of becoming the county seat because of his dedication of 22 acres of land both as a site for a courthouse and for sale by the County in order to fund the new government and construction of the courthouse. During this early period, growth of Bloomington was slow. In 1850, the year Bloomington was incorporated as a city, the population was 1,611.

Although the survival of the City of Bloomington was somewhat guaranteed by its status as county seat, the arrival in 1853 of two railroads freed the City from its land locked status and by 1860 the population of the City had grown to 7,075. Other factors would influence the growth of the community including the coming of additional railroads, and by 1900 the population of the city was reported to be 24,000. This was only a preview of the growth that has continued throughout the twentieth century to the present.

Five historic districts and a number of dispersed historic sites are present within the City. These historic features were identified in the City of Bloomington Five-year Historic Preservation Plan completed in 1987.