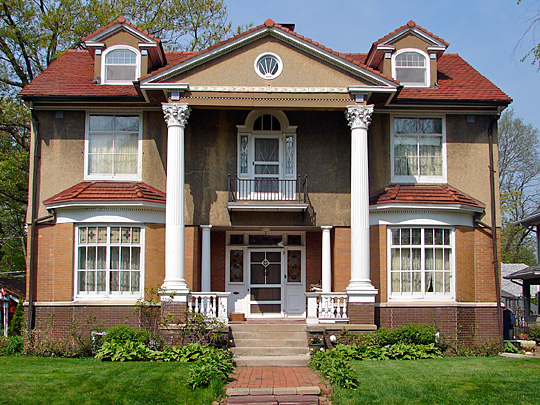 The first white men to cast their eyes upon Rock Island soil were Louis Joliet and Father Jacques Marquette, when they and their French canoemen, in June 1673, floated from the mouth of the Wisconsin River down the broad Mississippi.

We have no record of the first white man to step onto Rock Island soil. We know that as early as 1690 Nicholas Perrot, French commandant of the west, built a post opposite to where Dubuque, Iowa now stands, and that in 1695 Pierre Le Sueur built a fort on a large island in the Mississippi River between Lake Pepin and the mouth of the St. Croix River. Le Sueur discovered lead mines on both sides of the Mississippi at Dubuque and Galena, and Penicault, his reporter and companion, speaks of the rapids at Rock Island. We know that as early as 1792 printed maps show the Rock Island Rapids, naming them "nine mile rapids," and we further know that from 1788 to 1810 Julien Du Buque with a force of Spanish, French and Italian miners operated the lead mines near where Dubuque, Iowa is now located. He floated his lead down the Mississippi to St. Louis and New Orleans, and it is possible that some of these people may have explored the county, and even lived here. But the first record we have of a white man stopping at this locality is when Lieutenant Zeubulon Pike made his trip down the Mississippi in 1805.