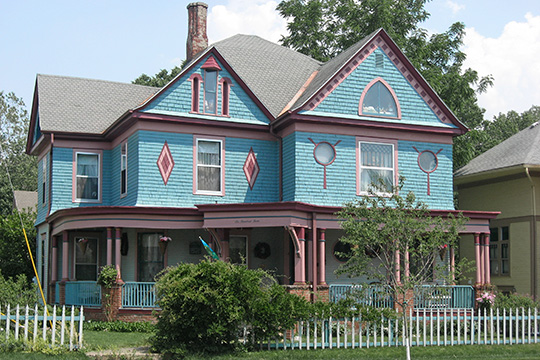 The first settlers in the area (John William Pence and Nicholas Pence) came from Warren County, Ohio in 1829. The Pence's donated 60 acres for the erection of public buildings thereby securing the location for designation as the Clinton County seat of government. The name Frankfort was chosen by the brothers to honor their ancestral German home. The town was platted in 1839 as 8 blocks surrounding a public square. [1]