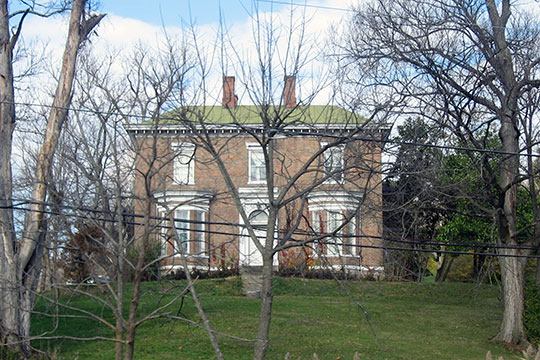 Founded in 1802 by Samuel C. Vance, Lawrenceburg quickly became a trading center for all of southeastern Indiana, utilizing both its proximity to the Ohio River and the early growth of the railroads to provide the necessary transportation. Because of the vagaries of river depths, a permanent pier for the landing of steamboats was impractical, so Lawrenceburg and other river towns moored barges on the riverfront to act as docks. It was presided over by a city employee known as the "wharfmaster." For more than 100 years, residents came and went by flatboat and paddle wheeler, with their first glimpse of "home" the view down Walnut Street. Here, too, landed hundreds of German immigrants who gave Lawrenceburg its distinctive atmosphere and love of music. [1]