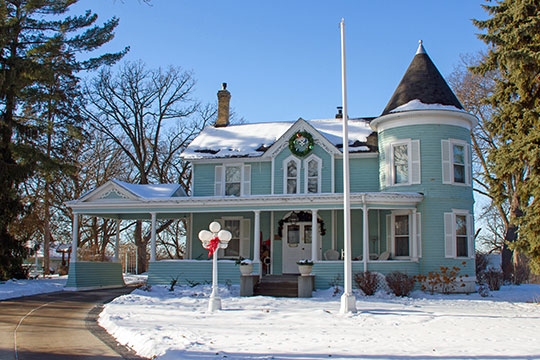 The City of Anoka is located at the confluence of the Rum and Mississippi Rivers, about 18 miles north of Minneapolis and 25 miles northwest of St. Paul. Anoka is seven square miles in size with a population of approximately 17,501 (2006 estimates). The City of Anoka serves as the county seat for Anoka County, which is one of the fastest growing counties in Minnesota.

The area known as the City of Anoka was first mentioned in recorded history in 1680 when Father Louis Hennepin traveled up and down the Rum River exploring the area for France. He was followed by many other explorers who noted the natural features and natural resources of the area. The discovery of major stands of timber along the upper Rum River soon made Anoka a logical place for investment in the lumber milling industry. Westward migration and European immigration populated this settlement and it became a City. As the county seat and the agricultural market center in the area, Anoka was a free standing full service community from settlement until the 1940's. As St. Anthony and the Twin Cities of Minneapolis and St. Paul became the economic center of the state, Anoka took on the role of a suburban town. During the suburbanization of the 1950's and 1960's, Anoka became a distant suburb of Minneapolis and St. Paul. During the 1970's and 1980's, Anoka was considered a free standing growth center in the Metropolitan area. However, by 1990 Anoka was reclassified as a developing area because it was surrounded by rapidly growing bedroom suburbs that would soon have populations greater than the City of Anoka. These changing economic forces have resulted in changing land use and development patterns since settlement in the 1850's.