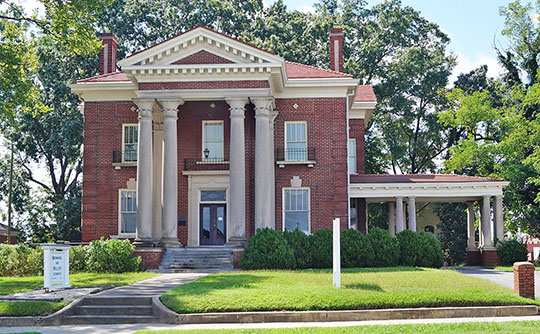 Pitt County was created from the northwestern part of Beaufort County in 1761. The act establishing the new county called for the construction of a courthouse, prison and stocks on the land of John Hardee, east of the present city limits of Greenville. Hardee's dwelling served as the first courthouse; as a separate building for that purpose was not constructed at the site.

In the eighteenth and early nineteenth centuries, Pitt County's economy consisted primarily of small-scale farmers growing subsistence crops such as corn, sweet potatoes, peas, beans, rice, peaches, apples and grapes. A few large landowners used slave labor to produce tobacco and naval stores. Settlers were dependent on rivers and streams for small-scale trade and transportation. However, by 1860 Pitt County's economy had transformed from subsistence agriculture to a cash-crop system, becoming one of the leading cotton-producing counties in the state. The cotton economy was made possible by slave labor as well as new modes of transportation that enabled shipment of the crop. Prior to the 1830s, human-powered pole boats and primitive roads were the sole means of transportation across eastern North Carolina. By the mid-nineteenth century, improvements in the state's plank road system and the arrival of steam-powered boats provided more efficient means to transport agricultural products. Tar River steamships transported Pitt County's crops to markets in Greenville and beyond. Greenville's location on the Tar River, coupled with its status as a "courthouse town," made the town an inland regional center for trade and commerce.